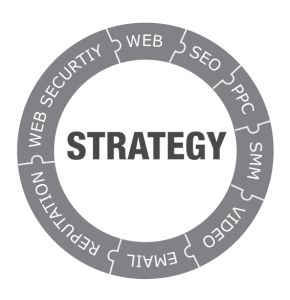 Strategy – noun – strat·e·gy\-jē\: a careful plan or method for achieving a particular goal, usually over a long period of time.

Does your company strategy meet the Merriam-Webster Dictionary definition? Would you consider your strategy carefully done, or put together on the fly? Is it in plan form, or is it more a set of loose guidelines? Do you consider your goals particular, or just a foggy idea? And perhaps most importantly, is your strategy built for the long term, sustainable in the face of adversity? Being caught without a strategy is at best embarrassing, and at worst, a disaster. But just having a strategy doesn’t make you bulletproof. By examining some of the most famous business failures of the past 30 years, your company can avoid similar mistakes, while sharpening your own strategy to meet the needs of both your customers and your bottom line.

After 40 years of existence, Sony finally announced the retirement of its Betamax Video Player for March 2016, 30 years after its failure in the video cassette war with JVC’s VHS Format in the 70s and 80s. While it was considered a superior technical format at the time, several strategic factors impacted Betamax’s ability to gain market traction (MediaCollege.com). JVC’s machines were cheaper, easier to make, and incorporated some of the elements from Sony’s Machine, as the VHS was released a year after the Betamax. However, the deciding factor was a simple difference: Betamax’s tapes could initially only tape 60 minutes, while VHS could record up to 3 hours, with most Hollywood movies clocking in at 2 hours. Sony attempted to adapt to the market demand for longer recording, but ultimately failed when VHS achieved dominance in the late 80s. Sony’s inability to meet the desires of its customers in the face of fierce competition led to its defeat in this field.

What happens when one of your products is so popular that it hurts your ability to innovate for the future? Commodore Computers realized that it may have created a monster with its C64, a system that held so tenaciously to its market share in the 80s PC field that it spawned the phrase “You can’t kill the C64” (BusinessPundit). During 1983-86 it was selling 2 million units a year and held almost half the PC market, and made it difficult for Apple’s newly debuting Macintosh—yes, that Apple—to achieve traction in the consumer market in 1984. Commodore’s luck ran out when it attempted to release its Plus/4 design, a system that despite being faster and in color was unforgivably incompatible with the beloved C64, and its customer base refused to make the switch. While the C64 stayed popular into the 90s, Commodore was unable to meet the demand without selling newer and commercially viable models, and filed for bankruptcy in 1994.

While both Sony and Commodore made the mistake of not paying enough attention to what their customers were doing, at least they had customers to lose. Pets.com has the dubious distinction of being the poster child for the Dot-com bubble of 1999-2001, and its woes could be best described by BusinessPundit’s comment that “in marketing nothing is worse than having everyone know who you are and no one interested in what you sell.” Pets.com rapidly expanded its warehouse infrastructure, flush with investor cash but lacking a base of customers. Rapid expansion makes sense for companies like Starbucks and Subway, entities that depend on constant interaction with consumers at their franchises in order to maintain market superiority. But warehouse capacity? Customers don’t care about warehouse capacity. Pets.com’s stock price went from $11 to 19 cents during the year 2000, losing over 98% of its value in that time frame.

While it can be entertaining to dance on the graves of these business failures, common themes emerge from comparing them together. Customers are the key to your bottom line – that should go without saying, but these companies show that anything from a simple oversight (Betamax’s tape length) to full-scale ignorance (Pets.com in general) can contribute to being blinded from that fact. Technological innovations are not always the answer – perhaps the right innovations can be, but all of these companies demonstrated that being caught up in the current trend or fad of what your competitors are doing could result in failure. Consumers may love your product like the Commodore 64, but if you don’t have a solid plan in place to develop from your success, then you are stuck in a stationary spiral while the competition blows past you.

How do you avoid these mistakes? Who do you have in your corner? Is your company built to compete in the current online landscape, or do the stories above hit a little too close to home? You need the answer to questions to be someone you can trust to stay by you through thick and thin, and understand exactly what both your company and your customers require. Sun Sign Designs is that answer.

Please reach out to us to find out more on how you can be eligible for a free strategy session and plan from Sun Sign Designs right now!

Want to join the discussion?
Feel free to contribute!

Conquering YouTube Nation: Why Video Is the Keystone to Your Marketing Stra... Social Media: The Essential Portal for New Customers